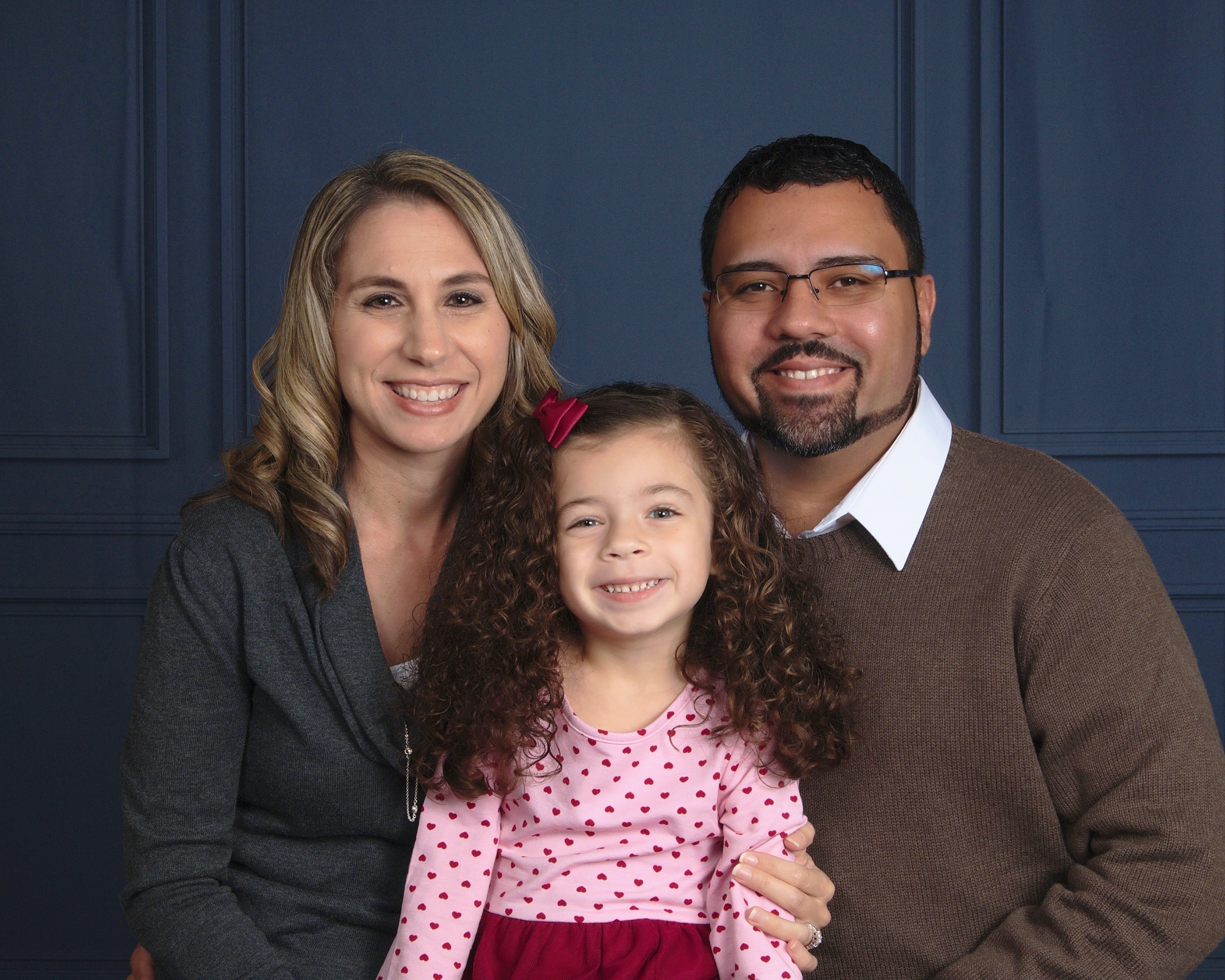 Alex was born and raised in Boston, MA, and later moved to South Florida in 2003 where he accepted Jesus as his Lord and Savior. He began to study the Bible and grow in his faith, and eventually began to sense a call into pastoral ministry. Answering that call, he began training in 2008 and is a graduate of Trinity School of Ministry, as well as New Covenant International University with a B.A. in Theology.

Melissa was raised in South Florida and became a Christian as a teenager when a friend invited her to church. She first sensed a call of God to preach and minister God’s Word at the age of 16. She has a heart for people and sharing the gospel of Christ. She is a graduate of Oral Roberts University with a B.A. in Theology, as well as Liberty University, with an M.A. in Pastoral Counseling.

Alex and Melissa have been married eleven years and have a six year old daughter, Arianna Grace. They both are ordained ministers through the Assemblies of God and have collectively served in ministry for over 18 years. Together, they have a heart for the local church, a desire to see people grow in their walk with the Lord, and a passion to minister to marriages and families.